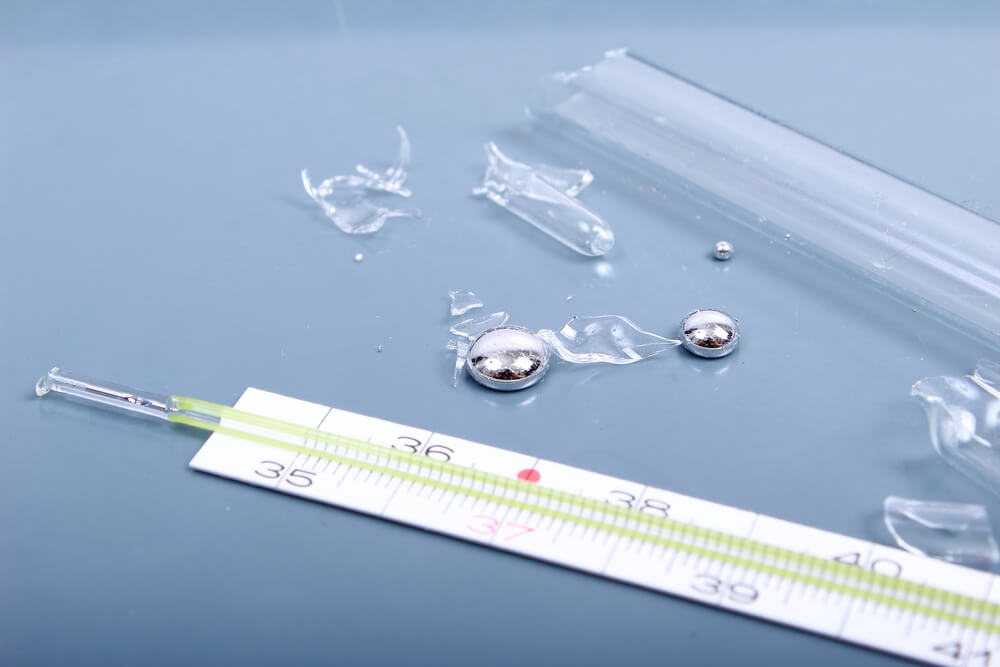 Mercury is a naturally-occurring liquid chemical found in rocks. And although it isn’t man-made, it can be quite dangerous even in small amounts. A mercury spill of just three grams –  about the size of a pea – can easily present a serious health risk to people in the area through skin contact and more seriously, air vapor.

Mercury Cleanup is Different From Other Liquid Spills

Mercury spill cleanup is a little similar to cleaning an oil spill, only more difficult.

Just as oil spreads quickly, so does mercury. But unlike any other chemical, a few drops of mercury will quickly congeal to become one.  If that one drop is disturbed, it will break up and disperse across surfaces and even into the air – creating new hazards in new areas. For this reason, you should never sweep or vacuum a mercury spill.

Liquid mercury spills must be cleaned quickly before it evaporates and enters the air. Luckily, this does not occur quickly, but when it does it, can spread and put more people at risk for contact.

Here are a few worksites where mercury (usually inorganic mercury) is often found:

Some electrical switches used mostly in industrial settings have mercury.

People who work in these settings can protect themselves by handling products with mercury very carefully, and know how to safely perform a mercury spill cleanup. 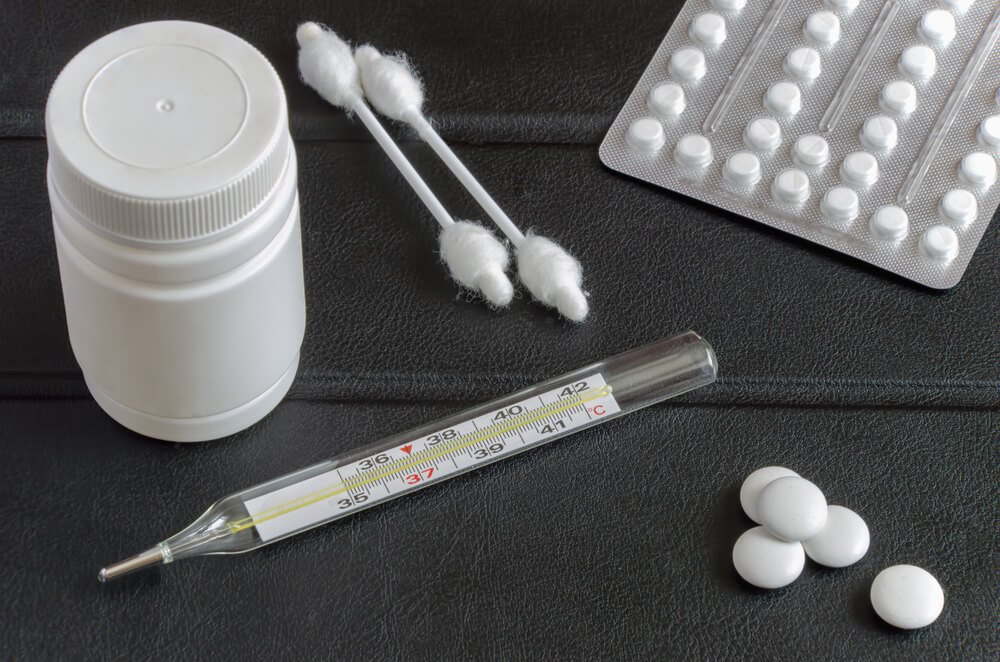 How to Clean Mercury Spilled on Surfaces

Most people who come into actual contact with mercury do so when items that contain it break, such as old mercury thermometers and barometers, and perhaps fluorescent lighting used in the hallways of older buildings and stores.

If there are items in your home that contain more than small amounts of mercury, we strongly urge you to dispose of them safely. This means not tossing them in the trash, but contacting your local health department, municipal waste authority or fire department about proper disposal.

If you do keep items with mercury at home, the US Environmental Protection Agency (EPA) recommends creating a disposal kit to handle mercury spills. It should include:

*These items are used to collect mercury to prevent its dispersal. You can also use SpillFix instead to contain and soak up mercury spilled onto surfaces. SpillFix is an all-natural super-absorbent material that quickly and safely absorbs toxic and non-toxic liquids. It’s available in a jar for household uses and in larger sizes for worksites.

Or, you can get a portable SpillFix SpillKit. This household kit includes dustpan and broom, safety glasses, gloves, absorbent pads and booms that can be used on mercury spills, heavy-duty plastic bags, SpillFix jars, and more.

What to Do If a Mercury Thermometer Breaks

The EPA lists these steps for mercury cleanup:

SpillFix replaces the cardboard, squeegee, paper towel, and eyedropper and speeds up mercury cleanup. This is important because liquid mercury will eventually evaporate at room temperature and get into the air.

After following the initial Steps 1 – 3 above:

We recommend placing the contents into a garbage bag (or ziploc if you only used a small amount of SpillFix) for proper disposal.

Ventilate the area after you have cleaned up. Open windows and turn on fans to air out any residual fumes for at least 24 hours. Keep everyone out of the room during this time.

If you are concerned about air contamination, especially if the spill occurred in a windowless room, contact your local environmental agency or health department to ask about contractors who can test the air and clean it. 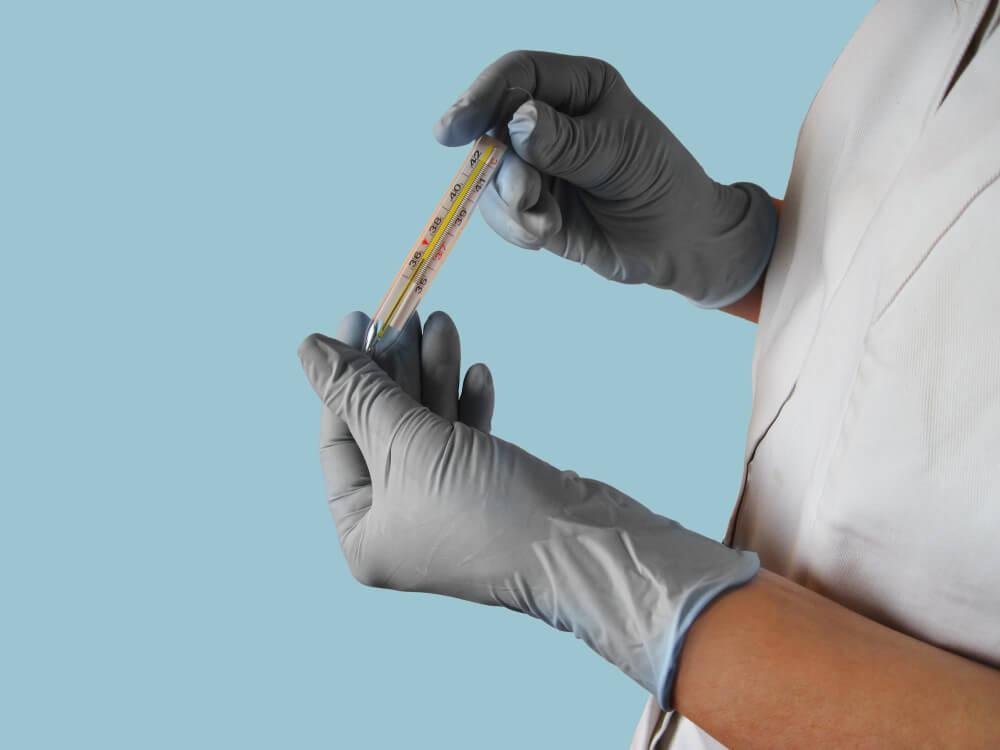 Mercury in the air is far more dangerous than accidentally swallowing a little bit of it. Still, it’s uncomfortable to know that children do bite down on thermometers and break them. If this happens with a mercury thermometer, the immediate concern is to rinse the glass out of the child’s mouth (don’t try to remove it with ungloved fingers) and contain the spill.

Whatever small amount of mercury is swallowed is probably negligible. If the child becomes sick, however, (and that was probably the reason its temperature was being taken), take it to an urgent care clinic or emergency room.

Never allow mercury to go down a drain. It could react with another chemical, including chemicals used to treat wastewater or vaporize into the air where it’s more dangerous.

Most people can be exposed to small amounts of mercury with little or no reaction, but repeated exposure to even small amounts brings up a host of mercury spill dangers. People who have had repeated contact with mercury on their skin or breathed in from the air, including dust particles, can develop mercury poisoning. This is especially true with organic mercury.

Adults may notice mood changes, including anxiety, depression, and irritability. They may notice more memory problems. Some may also experience tremors and numbness. These are all relatively common so mercury poisoning may not be recognized until there is an actual mercury spill at an industrial site or if a mercury thermometer broke at home or in a healthcare facility.

Symptoms develop over time and are cumulative: the more exposure, the more severe the symptoms.

Mercury poisoning in children can slow their development in areas like speech and language development and fine motor skills. There can also be problems with cognition (the ability to acquire knowledge and understanding through the thought process, hands-on experience, and sensory stimulation) and visual-spatial awareness. These are perceptive skills children develop as they become more aware of their bodies and functioning. They are seen most dramatically as they learn to write and master other movement-related activities, including motor skills.

Various scientific and medical studies throughout the world have concluded that mercury does not cause autism. Still, breathing in a little bit of mercury can be dangerous for fetuses, infants, and young children.

How Are People Exposed to Mercury?

The most common way people are exposed to mercury today is from eating fish and other foods with high levels of it. Larger fish like tuna and swordfish have higher levels of organic mercury. In addition, many processed foods contain inorganic mercury (as opposed to organic mercury in fish).

Mercury used to be in a lot of consumer products. Many of them are still around even if they are no longer manufactured. A lot of older household items can contain mercury such as:

Button cell batteries and fluorescent lights, including compact fluorescent bulbs (CFLs), also have small amounts of mercury. Certain antiques may contain mercury. Be careful when you buy antique organs, mirrors, and vases. Some clock pendulums used to be made with mercury, too.

Mercury is found in healthcare settings most often in blood pressure monitoring devices, or sphygmomanometers. Until fairly recently, dental fillings contained small amounts of mercury. This posed a little problem until fillings broke. Today, dentists are careful to examine old fillings and replace those that show signs of breakage and leaking.

Some vaccines used to have trace amounts of mercury as well; today’s vaccines are free of mercury. Check where jewelry is made. Some countries use mercury (or lead) in jewelry, including jewelry for children. Mexico is one such country.

What does mercury smell like? Unfortunately, there is no mercury smell to raise the alarm. It doesn’t emit an odor when it hits the air and doesn’t irritate the lungs or eyes. People who eat foods with high levels of mercury might notice a metallic taste. This can also indicate exposure to lead.

Visit the SpillFix website for information about ways to safely clean up toxic and nontoxic spills.