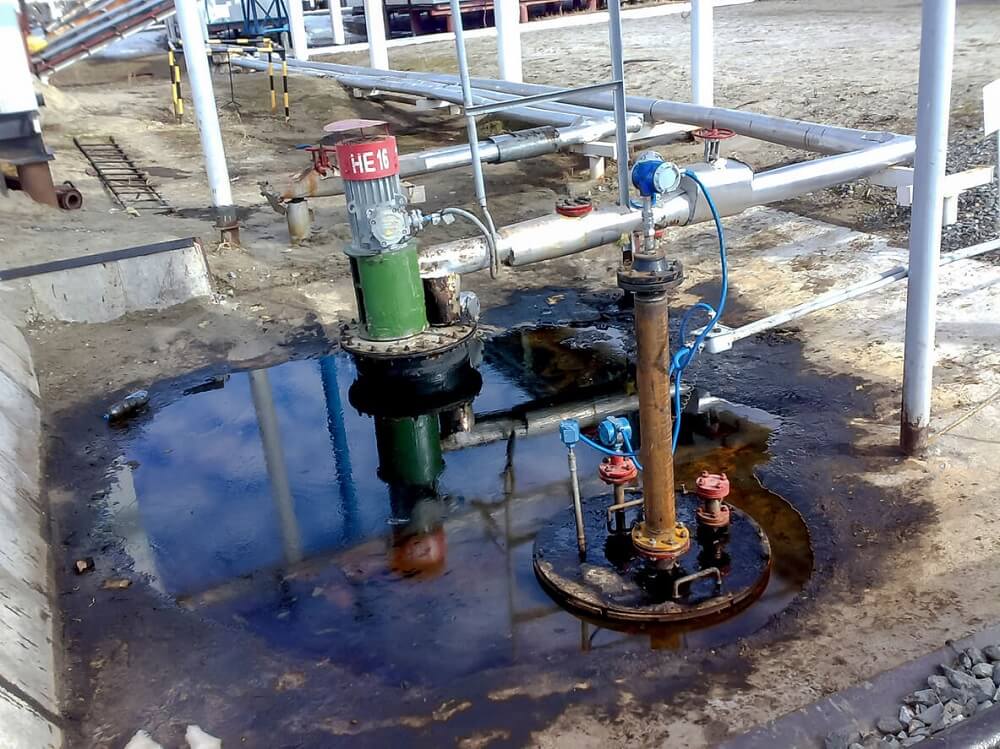 Many industries are required to have oil spillage prevention procedures in place as well as oil spill contingency plans. While prevention is everyone’s goal–certainly no one benefits from oil spills–the natural disasters, equipment failure, and human error make it likely that one can happen.

Oil spill control is no doubt on the minds of everyone who works on off-shore rigs, pipelines, refineries, and small businesses like service stations and fleet operations. As a manufacturer of natural products used to contain and clean liquid spills, we want to share our knowledge about spill response planning with businesses that produce, transport, store, and use oil and subsidiary products.

Oil Spill Response Planning – A Future for Everyone

Everyone in the industry must acknowledge their roles in oil spillage prevention and oil spill contingency planning at their worksites. Planning is prevention. It sets safety goals that protect the business (including property), employees, others in the vicinity, and the local environment. Vendors who handle certain tasks should also be consulted and involved in response planning.

It’s important to check with your industry association for specific items to include in your spill response plan. However, there are several common objectives across industries that deal with spill responses:

Emergency and other personnel are trained and assigned to certain duties that support these goals. 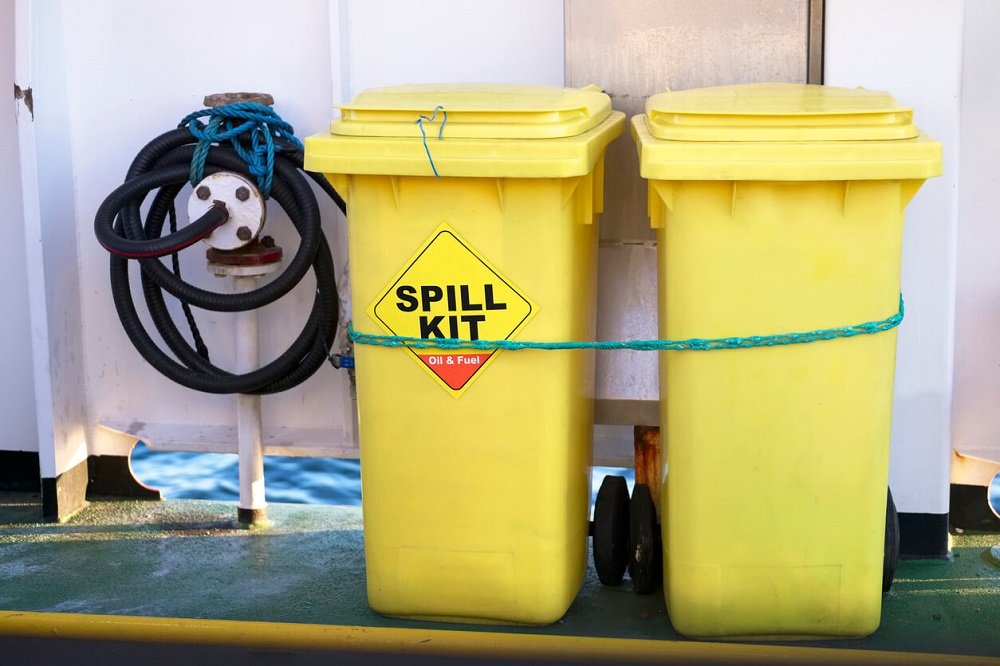 Oil spill response procedures, or OSRP, differ depending or where they occur, particularly offshore versus onshore. But most plans will include these Initial Response and Assessment steps or similar:

Obviously, some of these steps will take precedence over others. An oil or gas explosion obviously will need additional resources (#8) sooner, probably as Step 2 or 3 depending on the severity of the situation.

However, the vast majority of spills are localized and small and are handled onsite. Depending on the jurisdiction, local first responders are notified for backup and reporting purposes. Again, we strongly urge all planners to consult with their trade associations and local agencies that oversee environmental incidents.

Practice Your Spill Response Plan and Audit It

It’s one thing to get a plan in place. You have to practice it to make sure it works and that everyone involved — including vendors — understands their roles.

Oil spill prevention requires a separate set of guidance but at a minimum, include:

Preparedness steps ensure a worksite is ready to respond to an oil spill.

The OSRP lists equipment used in oil spill control, such as absorbent boom socks, skimmers, and chemical dispersants that break up oil slicks. (We manufacture and sell five- and 10-foot long boom SOCs that can be tied together.) SOCs work to prevent oil from reaching environmentally sensitive areas, divert oil to other areas, or contain it until skimmers arrive to remove the oil. SOCs can also be wrapped around leaking pipes.

Large amounts of absorbents are used in oil spill control. These include booms, pillows, pads, and snares made from various kinds of organic and synthetic material. We include SpillFix organic granular absorbents in this category.

Prevention and preparedness steps include: 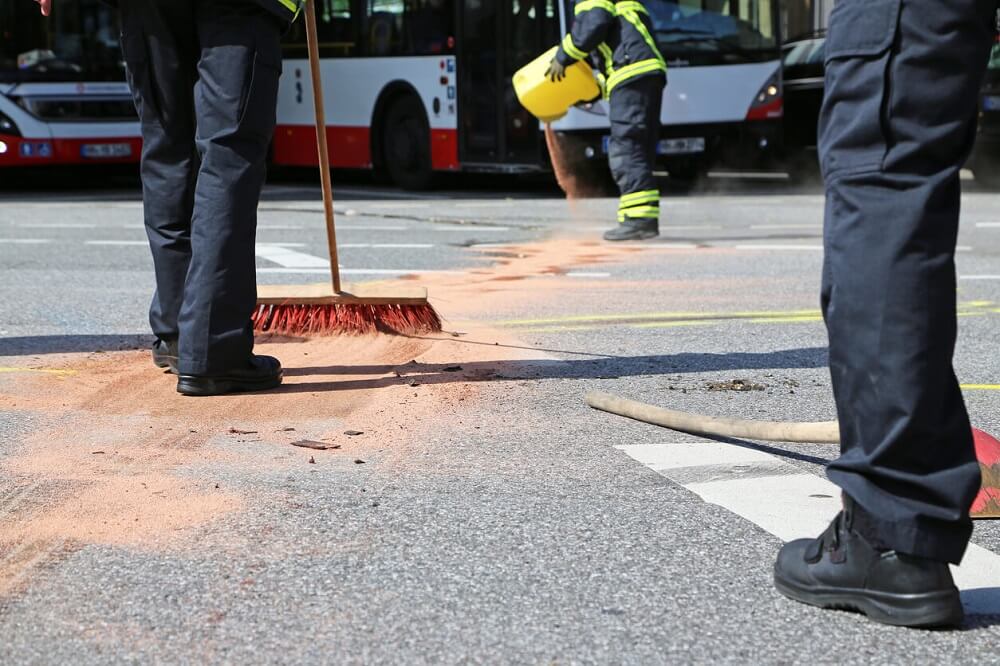 Oil spill contingency plans respond to secondary but serious incidents that result from a spill, including recovery efforts in areas that have been harmed. Examples include:

Area contingency plan assesses scenarios that are likely to happen during or after a spill. Very often, they include environmental assessments and appropriate recovery efforts. They describe areas near a worksite, including neighborhoods, schools, parks, rivers and streams, and so on in sub-area and geographic response plans.

Oil spill contingency plans respond to specific legislation and regulations that can be as detailed as to dictate specific steps (such as alerting other personnel, shutting off product flow and ignition sources) and when they should be performed (right away, within a specified timeframe). The Clean Water Act is an example of major legislation that describes what needs to be assessed and planned.

SHOP NOW
Recent Posts
WE SHIP TO ALL U.S. TERRITORIES, HAWAII & CANADA
SpillFix ships to customers within the United States, all U.S. Territories, Hawaii and Canada from our warehouse in Cary, North Carolina. International customers outside of the USA, please contact us.
ABOUT
POPULAR SPILL SOLUTIONS
GET IN TOUCH
Privacy Policy | Terms & Conditions | Shipping Policy | Return & Refund Policy